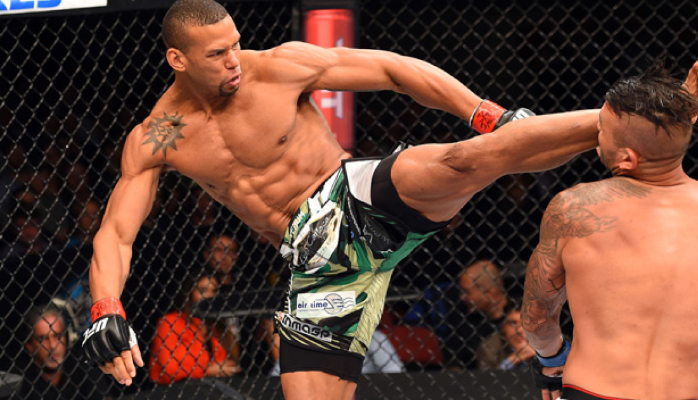 If you’re at all remotely interested in sports, entertainment, pop-culture, or finance you’ve already heard that the UFC has been sold for $4B. The acquisition group is headlined by sports and entertainment talent behemoth WME | IMG who will become operating partners with Silver Lake Partners, KKR, and MSD Capital are also part of the deal.

Lorenzo and Frank Fertitta bought the UFC in 2000 for $2M. Even by Silicon Valley standards, this is a massive win and having evolved a once banned, fringe sideshow into a staple of modern sports and entertainment, and indeed our collective culture is a more than well deserved reward after 16 years.

But here are the two most important aspects of the deal.

1. Dana White, the uncompromising face and mind behind everything that makes the UFC tick is staying on to run the thing.

2. With WME | IMG, the single biggest problem that has plagued the UFC since the beginning can now be solved. Turning the big talent into household names.

Dana White made a big league from nothing.

Without White, the UFC would have realized a power vaccum that could have ended the whole show. The guy has made tough, often criticized decisions, and has been the main engine of mainstream. Without White, the UFC would still have tough guys from the neighborhood punching each other in the groin like it did 23 years ago. That’s if it would be around at all. Looks like a great investment now but that’s what White and the Fertitta brothers bought, seriously. Since then White and team have created the big league that never was and gave mixed martial artists the ability to actually make a living doing what they love (well, some of them…fighter pay for the up and coming hasn’t risen with the PPV money and is an issue that needs to be addressed). Announcing the sale, Dana White said “we’ll take this sport to the next level”. He’s right. And That’s what this sale is all about.

WME | IMG will give fighters what they have always wanted.

For all of White’s efforts, the one thing he couldn’t manage to create is a star making machine. We know the names GSP, Ronda Rousey,…who else? Exactly. In the past 16 years there have only been arguably TWO names that the average person would recognize. Fight fans know Royce Gracie, Andersen Silva, Rampage Jackson, Jose Aldo, and Jon Jones (sheesh) but ask anyone that doesn’t follow the UFC and they wouldn’t have a clue. Even, the current poster child Connor McGregor, with all his loud mouth antics, isn’t known outside the cage-loving audience. Know the name Robbie Lawler? He’s a champion and his fights are always exciting. He’s fighting another exciting guy you haven’t heard of, Tyron Woodley, at UFC 201 in a couple weeks and it will be epic.

WME | IMG will change all that and that’s a great thing for everyone.

The talent giant is in the business of making stars. That’s what it does better than anyone else. Sponsor deals, commercials with more recognizable sports stars, storylines, it all adds up to making a name. Once people know your name, they want to see you do what you do. And that’s when the real money gets made. It’s the reason Brock Lesnar just got paid a UFC-record $2.5M for his first fight in 5 years against a guy that is on the verge of retiring on the same night that would-be champion Daniel Cormier made $500K. No one knows who Cormier is, everyone knows Brock Lesnar who made his name in the start making machine WWE (which gave us Hulk Hogan, Dawyne “The Rock” Johnson, Stone Cold Steve Austin, and more). The UFC has consistently banked on one star and risked not having any marketable names. That’s all about to change.

I don’t expect immediate changes but with WME | IMG at the helm and Dana White running the show we’ll still enjoy a stable, growing organization but now with the ability to market the talent like other big leagues. The fighters should realize an opportunity to capitalize on the their talents and, not confined to the rules of an organization trying to grow up but a multi-national industry leader that should be looking to do right by it’s employees, base-level fight purses should rise. Sure, we’ll always have the fighters that “bring in the money”. That’s no different than any other sport where superstars bring in the dough (LeBron, Woods, Mayweather, Williams, keep going) but all boats should lift.

NFL, NBA, MLB, NHL, Nascar. These were all created in yesteryear and have become a part of everyday life, the UFC is the first big league created in a very long time. It’s now time for the rebel to grow up and that’s a good thing for fighters and fans everywhere.